Introduction to the Frontier Conflicts Timeline

Introduction to the Frontier Conflicts Timeline

From the arrival of the First Fleet in January 1788, Aboriginal people were forced to defend their lands, resources and cultures against an invading tide of British colonists. The language map below shows that far from being Terra nullius–an uninhabited land belonging to no-one–Aboriginal and Torres Strait Islander peoples occupied the whole Australian continent and its major islands like Tasmania (Van Diemen’s Land). 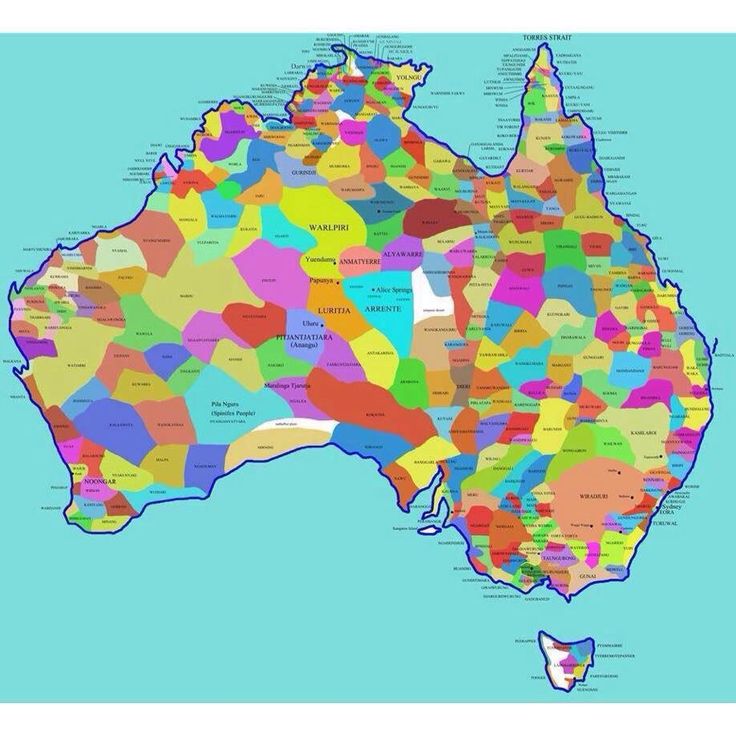 Aboriginal language map of Australia (source Pininterest) shows the extent of human occupation before British colonisation began in 1788. The whole of Australia, including Tasmania and other islands, such as in the Torres Strait, not shown on this map, was inhabited by First Peoples who have been living here for millennia, possibly up to 80,000 years or longer on some parts of the mainland.

Introduction
*Aboriginal sovereignty over Australia has never been ceded by the First Peoples. The nation-state of ‘Australia’ exists, based originally on the doctrine of Terra Nullius, and British occupation or ‘settlement’ of the continent. This legal fiction was, however, overturned in the High Court’s 1992 Mabo judgment that accepted the British assertion of sovereignty in 1788 when Governor Phillip and the First Fleet arrived at Port Jackson to found a new penal colony. There are lingering questions about the legality of the British occupation of Australia about which there is growing, but controversial, disquiet among First Peoples and their supporters. For ongoing research and opinion on this subject see the Sovereign Union–First Nations Asserting Sovereignty website at: https://nationalunitygovernment.org

Australia Day, controversial to a growing number of Australians, is marked by a public holiday on 26 January, the anniversary of the day the British First Fleet arrived at Port Jackson in 1788. Many thousands of Aboriginal and Torres Strait Islanders and their supporters view this day as ‘Invasion Day’ or ‘the Day of Mourning’, as it signifies the beginning of the progressive invasion and colonisation of the Australian continent, the island of Van Diemen’s Land (Tasmania) and the inhabitated islands of the Torres Strait. From the first day in the colonisation process, Aboriginal and Torres Strait Islander peoples have defended their land and ancient cultures that date back up to 80,000 years––the oldest living cultures on earth. The struggle continues today through the Land Rights,  Sovereignty and Treaty movements. Click here to see a map of Australian Frontier Conflicts.

Death and injury toll
No attempt has been made on this website to quantify the death and injury toll during the frontier conflict period–that would be beyond the capacity of the author. There is a lot of research in this area. Scholars like Noel Butlin, in Our Original Aggression, have been estimating the number of people killed in Australian colonial conflicts for many years. The original ‘wisdom’ was that up to 20,000 First Peoples of an estimated 1,000,000 original inhabitants, and between 2,000 and 2,500 colonists gave their lives in conflicts that took place in the Australian colonial frontier period between 1788 and the 1940s. However research continues to unearth new incidents and the toll increases.

Two Queensland historians, Raymond Evans and Robert Ørsted-Jensen, have concluded that in that State alone at least 65,180 First Peoples were killed from the 1820s to the early 1900s. See Paul Daley’s article in The Guardian dated 15 July 1014 at: https://www.theguardian.com/commentisfree/2014/jul/15/why-the-number-of-indigenous-deaths-in-the-frontier-wars-matters

A version of Evans and Ørsted-Jensen’s paper, referred to in Daley’s article, ‘”I cannot say the numbers that were killed”: Assessing Violent Mortality on the Queensland Frontier’, was presented at ‘Conflict History’, The Third Australian Historical Association Conference, held at The University of Queensland from 7 to 11 July 2014. The original article, which is included in the Bibliography on this website, can be downloaded electronically at: https://ssrn.com/abstract=2467836

Research being undertaken by the University of Newcastle into ‘massacres’ on the east coast of Australia between 1788 and 1872, indicates that many, many thousands of First Peoples died on the east coast alone. To be included in the University of Newcastle’s map ‘the massacre also needed to be verified by several sources, which usually meant it had to be mentioned in colonial or settler accounts. Indigenous oral histories were included, but the very nature of the frontier wars mean they are often incomplete or have not been catalogued,’ according to a story by Calla Wahlquist posted on 5 July 2017 in The Guardian at: https://www.theguardian.com/australia-news/2017/jul/05/map-of-massacres-of-indigenous-people-reveal-untold-history-of-australia-painted-in-blood

The results of the University of Newcastle’s rigorous research, that defines a ‘massacre’ as of six persons or more, is necessarily ‘conservative’. The definitions used for this website, however, are broader: a ‘massacre’, according to dictionary definitions, can be of a number of persons, that is, conceivably less than six people. There is also evidence from newspaper and other accounts of colonial frontier conflicts between as low as two people in which there may not have been any deaths or injuries, although in some cases there were injuries alone.

While colonists’ deaths and injuries were more likely to be officially recorded and therefore easier to quantify, it is impossible to know the full extent of the deaths and injuries of colonists and First Peoples during the frontier period. In the case of First Peoples this is because of ‘the conspiracy of silence’– the cover-ups about the killings of, and injuries to, them, the under-reporting to authorities of incidents and the over-exaggerations of boastful landholders and other colonists who took it on themselves to carry out illegal murder. Also the deaths and injuries mentioned in First Peoples’ stories, oral histories and artistic depictions of individual incidents, battles, killings, massacres and wars, that took place during the frontier conflict period and well into the 20th century after Federation, are much harder to quantify using western historical research methods, than are colonists’ records. But, First Peoples’ ways of recording their versions of events have great validity and should not be dismissed because they do not show up in ‘official’ records. Sadly, in some cases there were no survivors of colonial frontier conflicts to tell the tale. However, First people’s oral history, passed down by survivors, and art depicting colonial frontier conflict, can be backed up in other ways. For example, scientific research conducted in the Kutjungka region of the south-east Kimberley of Western Australia in 2017 supports Aboriginal oral history of a massacre at Tjurabalan (Sturt Creek) in the early years of the 20th century. Read more at: https://theconversation.com/oral-testimony-of-an-aboriginal-massacre-now-supported-by-scientific-evidence-85526

A short video, Territorial History of Australia, that shows maps of changes in the boundaries and the names of some colonial areas.

Until 1901 there were six colonies: New South Wales, Queensland, South Australia, Tasmania, Victoria, and Western Australia. On 1 January 1901 the six colonies joined to form the “Commonwealth of Australia”. Conflict between certain former colonists, their descendants born in Australia, and First Peoples did not cease at Federation but went on until well into the 20th century. Indeed it can be argued that Australia is still a ‘colony’ of Britain. Australia is not a Republic and has a Head of State in England, represented here by a Governor-General and State Governors. The Northern Territory, which received self-government on 1 July 1978, has its own Administrator appointed by the Governor-General. It can also be argued that conflict between those in power and many First Peoples continues to this day but has taken different forms,  not only direct violence.

A brief historical summary of States and Territories, with explanations of acronyms used in this timeline, follows.

Transferred from the State of New South Wales in 1911 as land for the national capital, Canberra, named in 1913. The ACT is not a State in its own right but has internal self-government and a Chief Minister whose role is similar to that of a State Premier.

New South Wales (NSW)
Penal colony founded by the British in 1788; has had various boundaries depending on the history of Australian colonies; became a State of Australia at Federation on 1 January 1901.

Queensland (QLD)
Part of colonial New South Wales until 6 June 1859, when the colony was separated from New South Wales; became a State of Australia at Federation in 1901.

The British established a convict settlement at Risdon Cove, Van Diemen’s Land, part of the colony of New South Wales, on the eastern bank of the Derwent estuary in 1803, followed by Hobart Town in 1804. Van Diemen’s Land became an independent colony on 3 December 1825. In 1856 the colony was granted responsible self-government. The name of the colony was also officially changed to “Tasmania” after Abel Tasman, the Dutch explorer who had named the island in 1642 after his sponsor, the Governor of the Dutch East Indies, “Athoonij van Diemenslandt”. Tasmania became a State of Australia at Federation in 1901.

Victoria (VIC)
Originally part of New South Wales. Separated from New South Wales in 1851, becoming a colony in its own right; became a State of Australia at Federation in 1901.

Click here to view the timeline for frontier conflicts in Australia.