No specific day can be Australia Day: Michael Anderson

No specific day can be Australia Day: Michael Anderson 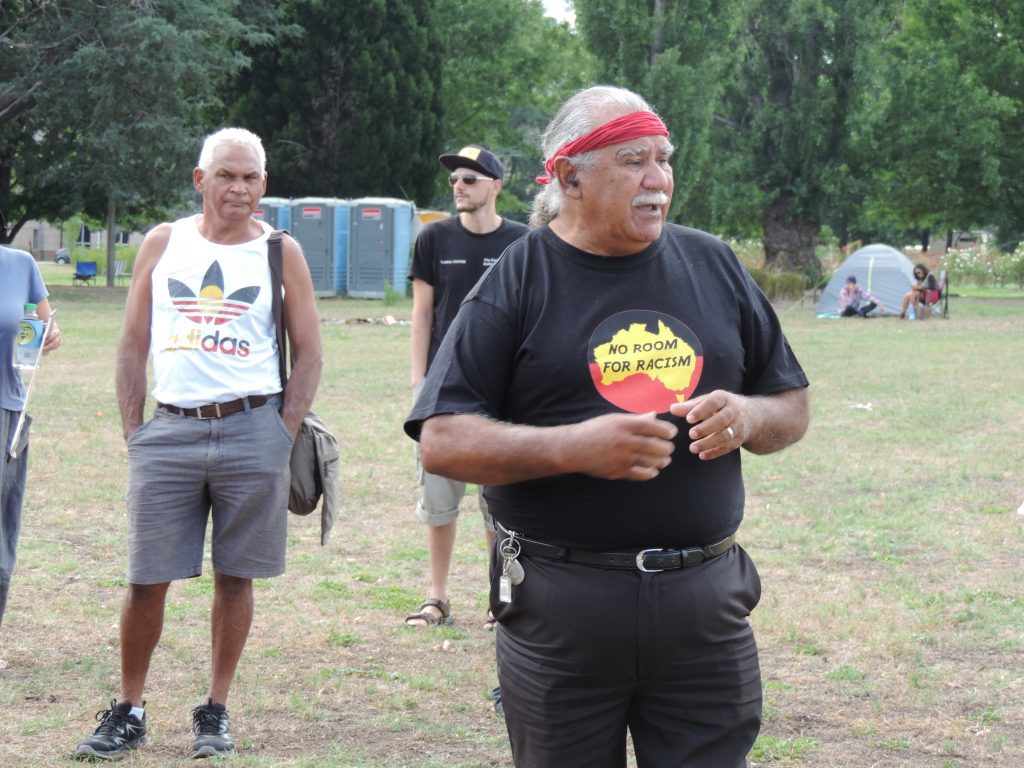 Michael Anderson speaking at the Aboriginal Embassy, Canberra, Australia, 26 January 2017. Photo: Jane Morrison
Many Aboriginal and Torres Strait Islander people and their supporters call this national holiday on 26 January, ‘the Day of Mourning’, ‘Invasion Day’ or ‘Survival Day’. For the government, 26 January celebrates the arrival of the First Fleet and the founding of the British colony of New South Wales in 1788. Increasingly across Australia there is great unease about celebrating such a day that is so highly offensive to First Peoples and their supporters as it is symbolic of the destruction of Aboriginal and Torres Strait Islander cultures and the dispossession of lands. On the 230th anniversary of the arrival of the British on 26 January, First Peoples around the country are holding marches calling for the recognition of Sovereignty and the negotiation of treaties with First Nations. First Peoples are also holding alternative celebrations of the survival and evolvement, despite attempts to destroy them, of ancient cultures that go back up to 70,000 years.