The National Capital Authority (NCA) has started the process for the sale of the former The Lobby restaurant, occupied in early November 2017 by activists from the nearby Aboriginal Embassy, Canberra. Story at: https://www.canberratimes.com.au/act-news/the-lobby-restaurant-sale-process-started-by-national-capital-authority-20180209-h0vuiq.html

Wiradjuri man, Adrian Charles Davis, 63, inspiring Aboriginal people to stand up for their Sovereignty, was arrested for refusing to leave the restaurant (‘Commonwealth premises’). He appeared in the ACT Magistrate’s Court on 4 December 2017, was granted bail and will face court again in May 2018. 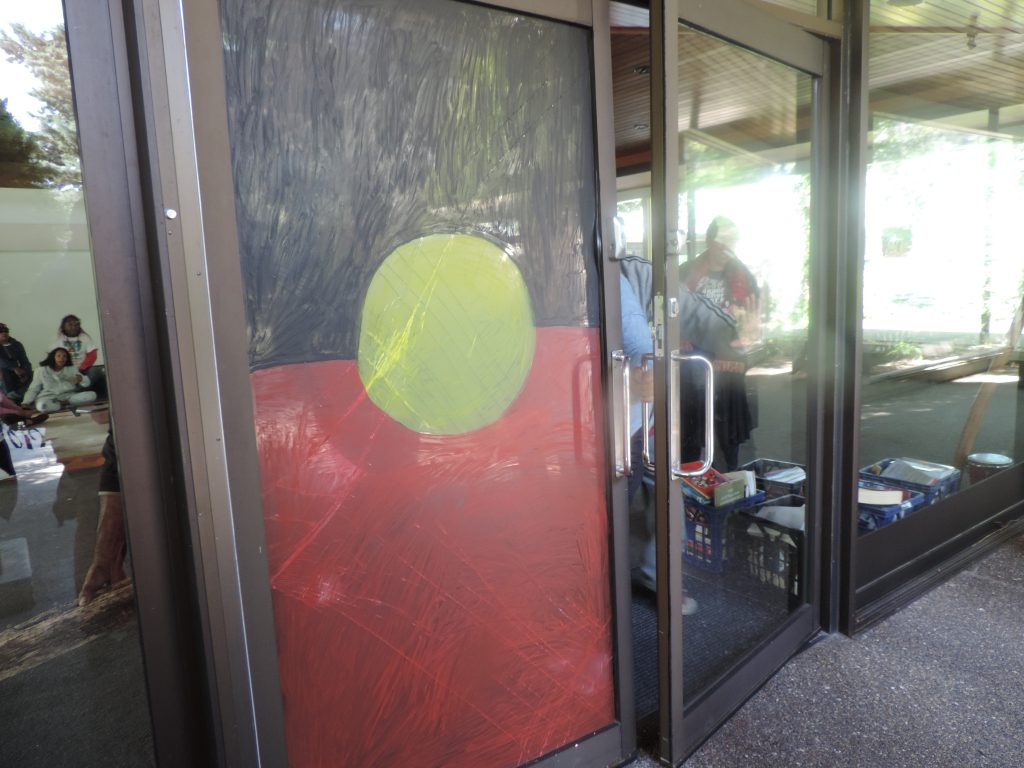 Activists inside the former restaurant, The Lobby, King Edward Terrace, Canberra, Australia, 5 November 2017. The activists reclaimed the restaurant as an act of Sovereignty, were seeking return of their ancestral lands in the area and rent since 1968. To mark their occupation of the site, they painted the Aboriginal flag on the front door and spray-painted Sovereignty and other signs on the windows. Photo: Jane Morrison