Many Australians are calling for Anzac Day to be reinvented as attendances at services have plummeted in recent years, so writes Romain Fathi of Flinders University today (21 April 2021) in The Conversation:

While big crowds at Anzac Day services a few years ago may have been partly due to historic anniversaries like the 100th anniversary of the landing at Gallipoli on 25 April 1915, Fathi has a made a big point. While the COVID pandemic shut down Anzac Day ceremonies in 2020 and attendances at this year’s Dawn and National ceremonies in Canberra on 25 April 2021 have been deliberately restricted, First Nations and supporters will again gather in Canberra to quietly commemorate those who gave their lives in the defence of Country in ‘the Frontier Wars’. In those colonial conflicts an unknown number of First Nations’ people, probably in the thousands, resisted colonists bent on usurping First Nations’ land that they considered ’empty’. Of course Australia was not ‘terra nullius’. Perhaps 1,000,00o or more First Nations Peoples had lived for millennia on the continent, some small nearby islands, and island Tasmania. It is high time that the conflicts which took place on Australian soil in the colonial era were recognised and those who gave their lives in those conflicts, commemorated. Concerned older Australians and a growing number of young people will continue to demand truth-telling about Australian history. The Australian Government and the Australian War Memorial has been on notice for too long to recognise the need for this change to Anzac Day ceremonies and the conflicts covered by the War Memorial’s charter and relevant legislation. 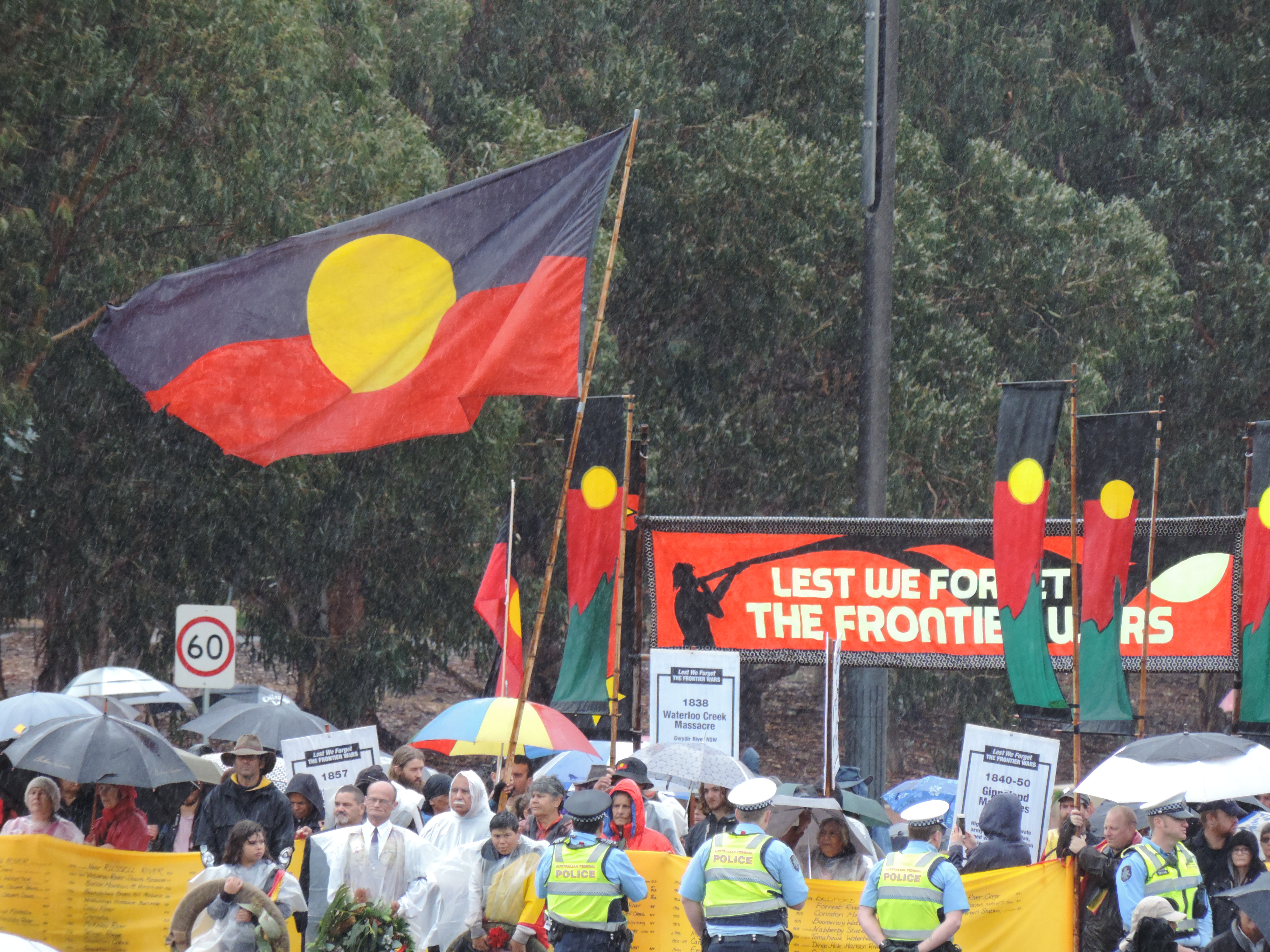