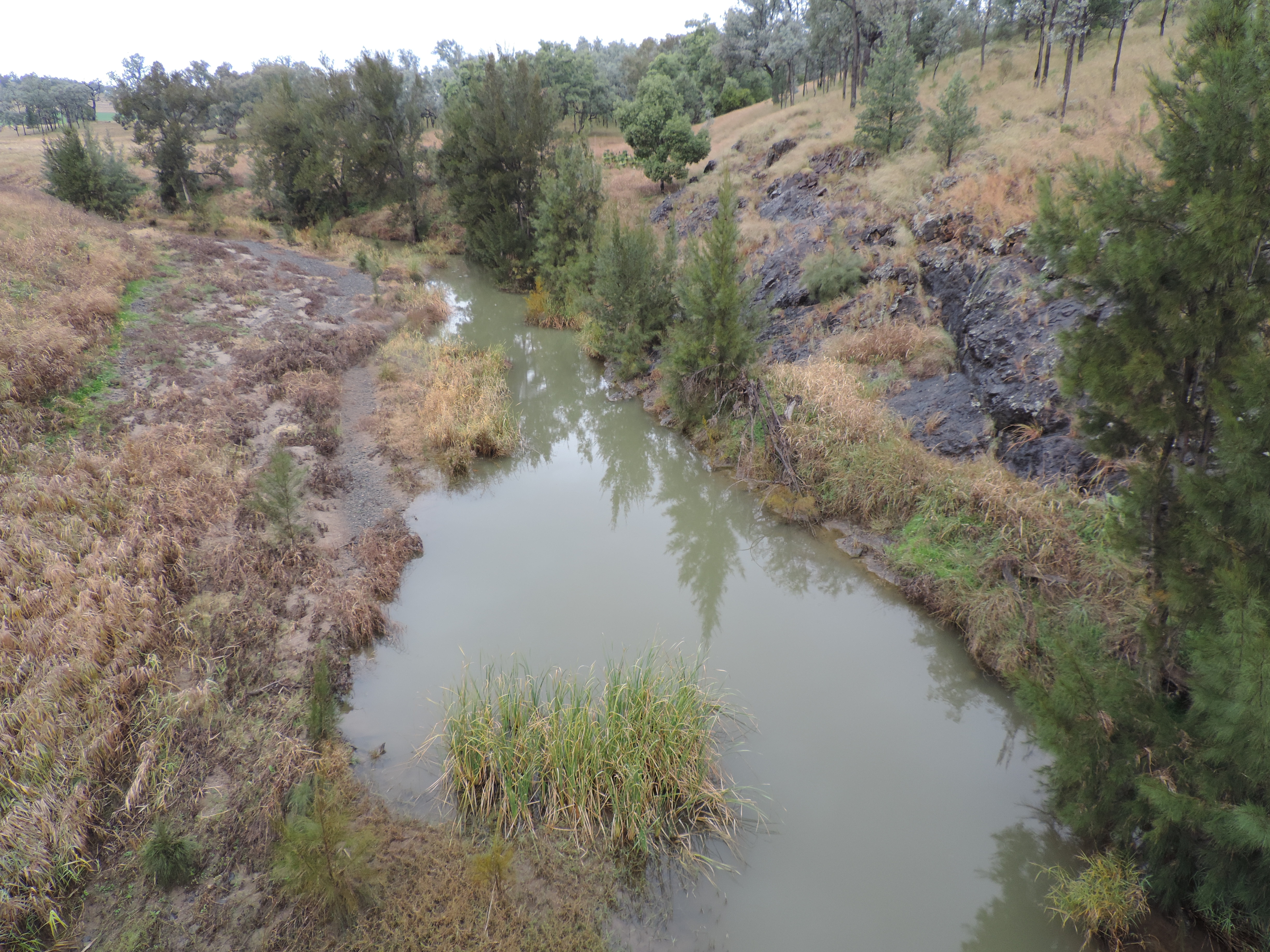 Myall Creek, New South Wales, Australia. It was on Myall Creek station that stockmen massacred 28 Aboriginal men, women and children on 10 June 1838. The trial of 11 convicts and former convicts for the murders created a sensation because, at the time, Europeans were hardly ever charged with the murder of Aboriginal people. Photo: Jane Morrison, 11 June 2017

Tomorrow, Sunday 10 June 2018, is the 180th anniversary of the Myall Creek Massacre that happened near Bingara, New South Wales on 10 June 1838. The Australian War Memorial (AWM) still refuses to officially recognise Australia’s colonial frontier conflicts as part of Australia’s participation in various wars, although the AWM says ‘the frontier wars’ should be recognised by other institutions such as museums. Paul Daley of The Guardian recalls the horrific event at Myall Creek in his story, ‘Australia’s frontier war killings conveniently escape official memory’, published on 8 June 2018 at: https://www.theguardian.com/australia-news/postcolonial-blog/2018/jun/08/australias-frontier-war-killings-still-conveniently-escape-official-memory

You can read more about the history of the Myall Creek Massacre and see a program of events related to the 180th anniversary commemoration at: https://www.myallcreek.org 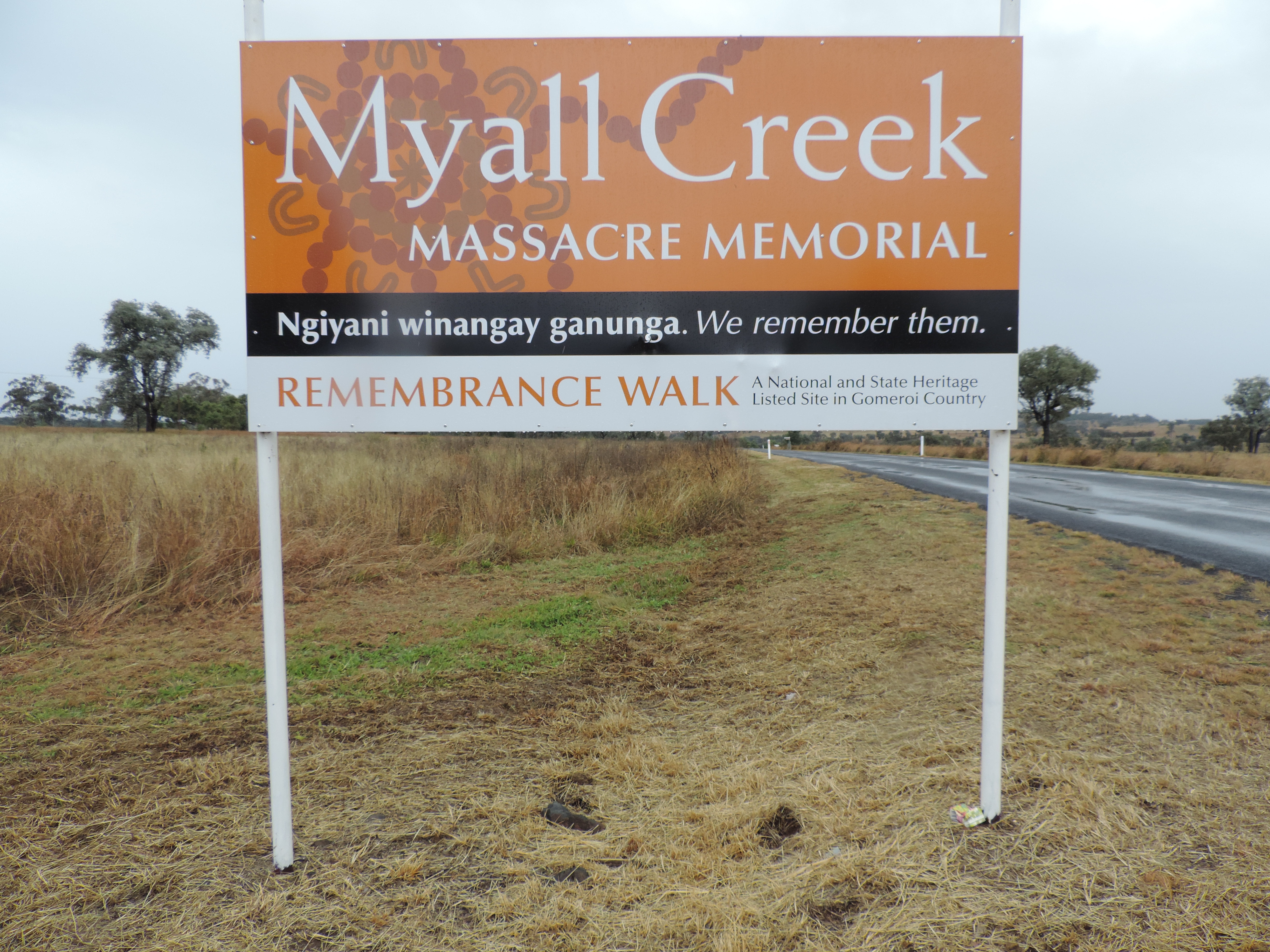 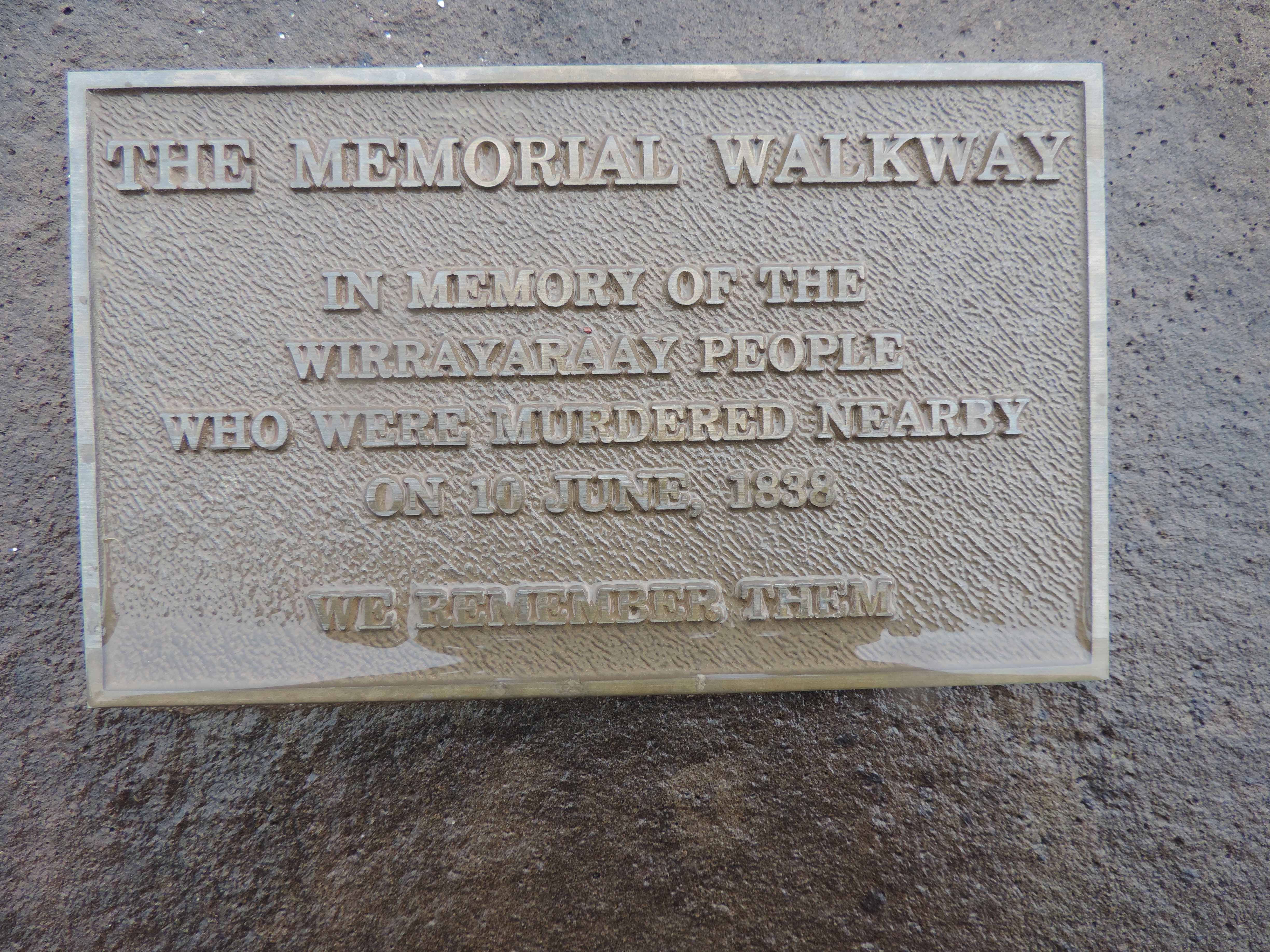 Some of the videos produced about the Myall Creek Massacre are:

Aboriginal massacre at Bingara (Kamilaroi/Gamilaraay country), freedomandpeacesos, 21 March 2010. You can watch this video at: https://www.youtube.com/watch?v=G8WYwcK91fI

Australia on Trial (2011)–Massacre at Myall Creek. You can watch this video at:
https://www.youtube.com/watch?v=PBrFPMrlZms

YouTube summary of Australia on Trial: ‘Presented by historian Michael Cathcart, Australia on Trial is a thought-provoking three-part series recreating the historic trials that throw light on the Australia of colonial times. These high-profile and controversial court cases raised major issues of national identity at a time when Australia was evolving from the dominion of the British Empire into a more autonomous federated nation in the late 19th century. Each of the cases caused a sensation at the time and attracted enormous public interest. Each triggered social and political debate about subjects at the very heart of Australian society: democracy and justice, the identity and behaviour of Australia’s men, and attitudes towards women and Indigenous people–themes and concerns that are still relevant to modern-day Australia.

In June 1838, a group of roughneck stockmen led by a squatter, rode into the newly established Myall Creek station to ‘teach the blacks a lesson’. They hacked around 30 Aborigines to death. The killers had not calculated on two factors. The first was that a stockman named Anderson, who witnessed the crime, was determined to see his countrymen punished. The second was that the governor of New South Wales, George Gipps, shared Anderson’s horror of such brutality. Anderson was ready to testify. The government was determined to press the case. But the prosecutor did not obtain the conviction easily.

The trial was fought out as bitterly in the press as it was in the courtroom. But in the end, a white jury sent seven men to the gallows for the murder of tribal Aborigines.’