‘Australia Day’, Australian history, and airbrushing the Past

‘Australia Day’, Australian history, and airbrushing the Past 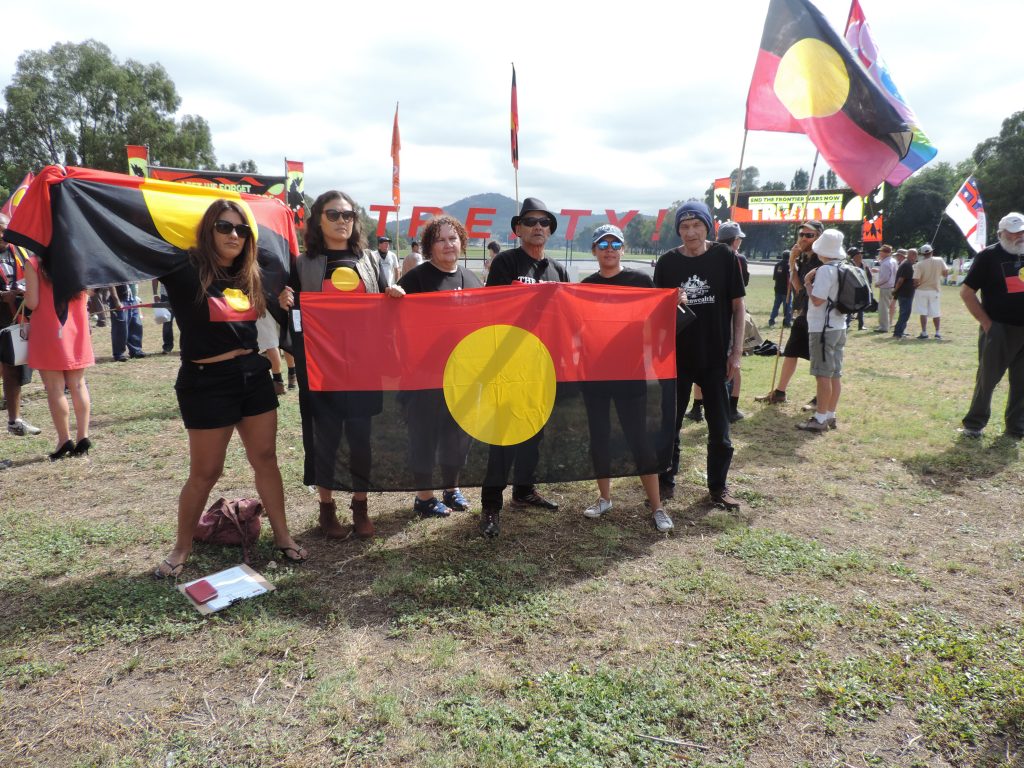 Invasion Day, Aboriginal Embassy, Canberra, 26 January 2017. Photo: Jane Morrison
Aboriginal and Torres Strait Islander Sovereignty has never been ceded over the Australian continent and its islands. Aboriginal people continue to call for a treaty or treaties with the dominant power, which, on 26 January 2018 will celebrate 230 years since the invasion of First People’s lands in January 1788.

Many Aboriginal and Torres Strait Islander people and their supporters call 26 January, (‘Australia Day’), Invasion Day, the Day of Mourning, or Survival Day. Events will be held around Australia on 26 January 2018, to mark 230 years since the British invaded Aboriginal lands around Sydney and established the penal colony of New South Wales. Some of these events have been publicised already. See: ‘Invasion Day events around Australia’, Green Left Weekly, 10 January 2018, at: https://www.greenleft.org.au/content/invasion-day-events-around-australia Many more such events are likely to be held around the country, so watch out for events near you.

Other councils, such as some in South Australia, want Australia Day to continue as is and could ban councils from changing the date if the Liberal Opposition is elected to government in March 2018: Isabel Dayman, ‘Australia Day: Councils to be banned from changing the date if Liberals win SA election’, ABC News online, updated 24 October 2017 at: https://www.abc.net.au/news/2017-10-24/sa-liberals-announce-australia-day-lock-in/9079012

As 26 January looms, it is worth reflecting on the whole issue of Australian history, the celebration of Australia Day and the ‘airbrushing’ of the past by the dominant society. Professor A. Dirk Moses, Professor of Modern History, University of Sydney and senior editor of the Journal of Genocide Research wrote about this issue on ABC Religion and Ethics, on 1 September 2017, updated 3 September 2017. Read the article here: https://www.abc.net.au/religion/articles/2017/09/01/4727499.htm